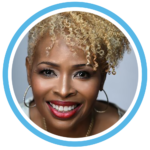 The word dignity first emerged during the Middle English period as a derivation of dignete (Old French) and dignus (Latin), meaning “worthy” or “deserving of merit.” A more contemporary definition is “the quality of being worthy or honorable; worthiness, worth, nobleness, excellence.” But we think the editors of Merriam-Webster and Oxford dictionaries should probably update their definitions. It was December 1948 when the Universal Declaration of Human Rights (UDHR) fundamentally changed our understanding of dignity and what it means — not only for every individual, but for how we relate to one another as members of a human family.

“Whereas recognition of the inherent dignity and of the equal and inalienable rights of all members of the human family is the foundation of freedom, justice and peace in the world.” (Preamble, UDHR)

“All human beings are born free and equal in dignity and rights. They are endowed with reason and conscience and should act towards one another in a spirit of brotherhood.” (Article 1, UDHR)

At GOSO, dignity isn’t just a word, it’s a guiding principle for how we relate to one another, our program participants, our partners, our city and each of you. It’s our esprit de corps, an organizational mandate, our North Star — indeed, it’s a way of life.

In August, we published our Dignity Roadmap to shed light on how the focus on dignity has been critical in the way we haved engaged with program participants over the years, and how you can be a part of the solution. Our first pillar is Curiosity. For some, it might sound obvious. But there’s no overstating the importance of having a sincere interest in the lives of people who may have grown up under different circumstances or have had different life experiences. To be clear, we’re not suggesting a voyeuristic, detached type of curiosity. Rather, we believe it’s important to have one that propels you into action.

Since our founding, GOSO’s approach to supporting program participants has rested on our willingness to accept that we don’t have all the answers — but we’re committed to listening and learning so we can work together to find the right solutions.

I was personally surprised to learn the extent to which housing insecurity has wreaked havoc on the lives of the young men we serve. Professor Melvin Delgado, professor of social work at Boston University and a South Bronx native, helped distill how gun violence really affects entire communities and leaves scars that lasts for generations. Or did you know that two million people who are arrested annually have also been diagnosed with a serious mental illness; and that boys born into poverty are 20x more likely to be incarcerated when they reach their 30s as compared to boys whose parents’ income rank in the top 10%?

At GOSO, we believe curiosity is a prerequisite for action. Without it, our support programs and advocacy work would not be possible. Because people across the state of New York have been willing to learn about the roadblocks facing the justice involved, New York Gov. Kathy Hochul signed the Less is More parole reform legislation this month. In 2018, 40% of the individuals sent to state prison were there because of technical violations rather than committing new crimes. This new legislation helps end the practice of sending someone back to jail or prison for technical parole violations such as missing a curfew.

The good news is that there are more potential reforms on the table. The Elder Parole & Fair and Timely Parole, if passed, would factor in an individual’s rehabilitation as part of determining eligibility for parole. The Humane Alternatives to Solitary Confinement Act (HALT Solitary) promises to bring an end to the inhumane practice of throwing people into solitary confinement, a practice that leaves people with lasting psychological scars. And Senate bill S4464 proposes to make it easier for the justice involved to access Tuition Assistance Program (TAP) funds so they can attend college.

Bring your curiosity to GOSO’s Gala

By now, we hope it’s clear how curious minds can lead to better lives. And we hope you bring your curious mind to GOSO’s Gala on Oct. 27th, both virtually and in-person at Pier Sixty at Chelsea Piers. We want you to join us as we recognize the dignity of the young men who persevere in the face of tremendous obstacles and a profoundly unjust criminal justice system.