The 45,000 Consequences of Justice Involvement That Keep People Trapped in Poverty

This is the third week of Criminal Justice Month and here’s a tragic fact: In the U.S., boys born into poverty are 20x more likely to be incarcerated when they reach their 30s as compared to boys whose parents’ income rank in the top 10%. Even more tragically, this fact probably doesn’t come as a surprise.

Once young men who were born into poverty have an encounter with the justice system – even if they are innocent – their fate is often sealed. Throughout the U.S., an estimated three out of five people behind bars have not actually been convicted of a crime. Instead, many are too poor to pay cash bail. While New York has recently introduced reforms whereby misdemeanors and certain non-violent felonies no longer require cash bail, it fails to address the elephant in the room – namely, poverty pushes people into the justice system and leaves them trapped.

The long shadow of poverty

According to a study by the Brookings Institute, if we look at the three years leading up to incarceration, only 49% of prime-age men are employed with a median salary of $6,250. Post incarceration, the outlook doesn’t look much better. Only 55% of individuals who were incarcerated will report earnings a year after release; and the median earnings for those that will have earnings to report hovers around $10,000.

So we have to ask ourselves: Why is there such a strong link between poverty and incarceration?

There are structural levers that keep people trapped on the lowest rungs of our society. To illustrate, let’s consider the very real consequences of an encounter with the justice system.

While the law dictates that we are presumed innocent until proven guilty, the reality is much more complicated. As Reuben Miller, professor and author of Halfway Home: Race, Punishment, and the Afterlife of Mass Incarceration, points out, “Prison follows you…justice involvement even surfaces in your personal relationships.”

Individuals whose lives have been touched by the criminal justice system can be denied housing. Employers can similarly discriminate against people with arrest records. GOSO’s case workers spend considerable time helping participants in their job search; and we’ve seen how even New York City’s growing food delivery industry avoids hiring people who have been involved in the justice system. 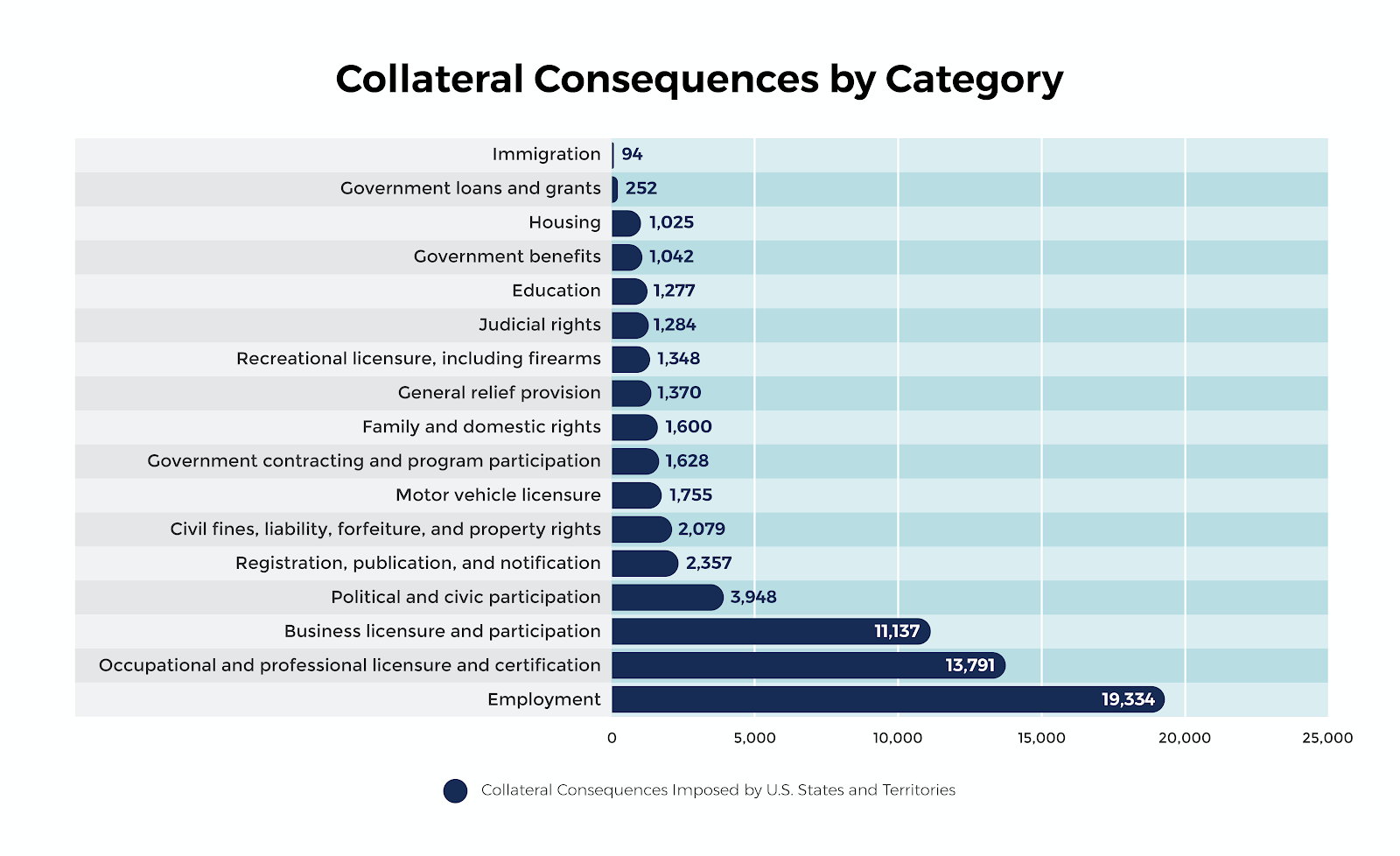 The compounding effect of justice involvement

Justice involvement also has a compounding effect on people’s lives. According to the U.S. Commission on Human Rights, “The collateral consequences of criminal records can create an array of lifelong barriers that hamper successful reentry into society—including barriers to voting and other civic participation, education, employment, professional licensing, housing, and receipt of public benefits.”

We all know the importance of education in lifting people out of poverty. But getting an education becomes infinitely more difficult for people who have been involved in the justice system. Research shows, for example, that students of color are more likely to need federal grants for education. But as we discussed in our school-to-prison pipeline piece, Black and brown students are also more likely to live in communities that are over-policed and under-protected. The unfortunate outcome is that these children are more likely to be touched by the criminal justice system and one day be convicted of an offense that makes them ineligible for federal grants.

Those of us committed to justice transformation are under no illusions that we’re facing an uphill battle. But we’ve also seen the power of programs like ours. For the past 16 years, GOSO has been working in jails, prisons, and the community to help combat the direct and collateral consequences of our justice system.

GOSO’s programs include Workforce Development and Mental Health Services, Court Advocacy, High School Equivalency Program, Vocational Training, Housing Benefits and other social services that support positive outcomes for participants in our program. Not only do these types of programs help improve the lives of people who have been involved in the justice system, they reflect the hard work of dedicated professionals standing on the frontlines and a network of supporters and partners. If you haven’t already, we encourage you to join us in the fight to make justice transformation a reality – and the criminalization of poverty a relic of the past.

GET INVOLVED: Help GOSO recognize National Criminal Justice Month.  SHARE this important op-ed and JOIN us for our upcoming events.