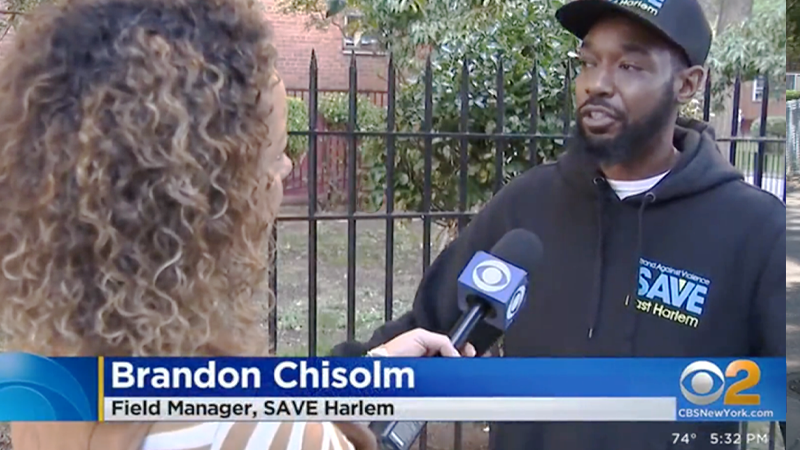 Stand Against Violence East Harlem, part of the Getting Out and Staying Out program, is stopping violence before it starts.

In the SAVE Harlem office on East 117th Street and Park Avenue, each day of peace counts as a win. A white board keeps track of days since the last shooting, and a map of East Harlem marks incidents with colored pins.

The group, directed by Omar Jackson, has patrolled the Johnson and Jefferson Houses since 2016. Jackson grew up in Johnson Houses, and once lived on the other side of the law.

“A lot of these kids don’t even know why they’re beefing,” Jackson explained, “so they inherited beef because they’re just from certain developments.”

After more than one stint in prison, Jackson decided to use his powers of persuasion in a positive way.

“I’ve been through it,” Jackson said. “I know how to identify, how to detect when there’s something wrong because I have that survival instinct.”

Neighbors now welcome the group’s daily presence on the block, welcoming them with waves and hugs. They provide a network of information that flows freely among familiar faces.

The street team responds to the scene of a shooting, while a Harlem Hospital team stays ready to intervene in plans of retaliation.

“If someone loses their life, or someone is hurt really bad, you have a lot of family coming into the hospital,” Jackson said, “so our staff is on deck and they’re really trying to prevent anything else from occurring.”

They do not share their knowledge with police, an understanding that allows SAVE members access to those who need their influence most.

“Everybody has a different mission, but if we all have a respect for life in general, then we can make it a better place,” said SAVE Harlem field manager Brandon Chisolm.

“We start hoping to change their mindset and their way of thinking, saying, OK, I don’t have to be on this corner, I don’t have to be in the projects doing something negative,” said Jackson. “I can actually get a job and earn an honest living and then feel good about it.”

They aim to break down the traumas of violence throughout the generations.

“This work has been such a pleasure for us to do,” said SAVE Harlem program manager Pat Grace. “While we’re working with others, it also helps you work on yourself.”

The group also has a team at Horizon Juvenile Center and at Wagner Houses. 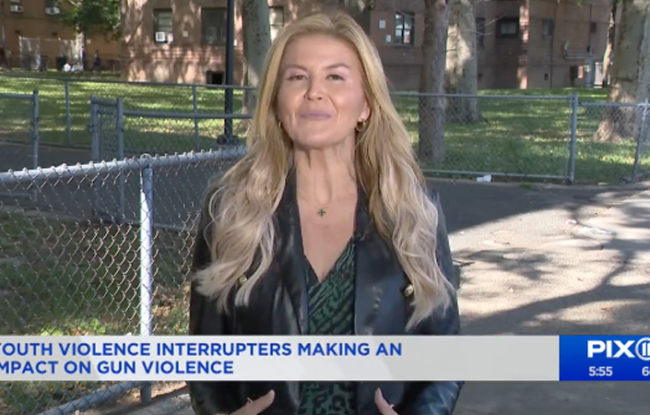