Experienced executive to lead nonprofit “Getting Out and Staying Out,” continuing the organization’s innovative approach to reentry and building on a legacy of impact

HARLEM, NY—Today the Board of Directors of leading reentry nonprofit Getting Out and Staying Out (GOSO) announces the appointment of Vikki Pryor as President and Chief Executive Officer. Pryor will head a newly formed leadership team that oversees GOSO’s essential work—providing services to young people who have been incarcerated or court-involved.

In announcing the news, GOSO Board Chair Kimberly Till said, “This is a pivotal moment in GOSO’s history which requires strong leadership and an unwavering focus on GOSO’s participants. The Board is delighted to appoint Vikki Pryor as President and CEO. Vikki brings significant experience in both the corporate and non-profit sectors and has assembled a forward-thinking team with the skills and passion to implement GOSO’s vision and strategy.” She added, “The needs of those touched by the justice system in this city are well-served by GOSO’s individualized and pragmatic approach.”

GOSO President and CEO Vikki Pryor said, “From its early days, when founder Mark ‘MG’ Goldsmith identified the needs and great potential of young men detained on Rikers Island, to GOSO today, our approach makes a difference. GOSO meets the needs of our participants, even when faced with an unprecedented pandemic. Every day we provide the “Three E’s,” key educational, emotional, and employment resources that help ensure that the young people we serve have the tools and confidence for their future lives. I am humbled, honored, and energized to support those who depend on GOSO for the services and encouragement it uniquely provides.” She added, “My confidence in the future of GOSO and the success of our participants is further bolstered by the confidence I have in each of the members of our management team and staff.”

About Vikki Pryor
An executive in both the nonprofit and corporate sectors, Ms. Pryor previously served as CEO of the American Red Cross of Greater New York, CEO and President, SBLI USA Mutual Life Insurance Company, Senior Vice President Oxford Health Plans, Senior Vice President, Blue Cross and Blue Shield of Massachusetts, and on the board of Keyspan. She has eight years of public service as a lawyer with the Department of Treasury, Office of Chief Counsel. Vikki is currently Founder, Managing Principal and President of Change Create Transform LLC and Foundation, and serves on the board of Sagicor Life USA.

About the Management Team
Michelle Pryce-Screen (Chief Program Officer) – Michelle will continue to oversee GOSO’s programmatic functions, leading the team that provides participants with the resources they need to succeed (community-based programing, reentry, employment/job readiness). Prior to joining GOSO in 2021, Michelle served as the Director of Resident Services and Programs with Hope Community Inc. and Phoenix House. She has also served as Assistant Vice President of Housing with The Fortune Society and Women In Need (WIN). Michelle has spent the greater part of her career assisting individuals from marginalized communities to gain access to opportunities. She received her BA from Hobart and William Smith Colleges and her MSW and MSEd. from Hunter College.

Omar Jackson (Chief Advocacy Officer) – Omar is taking on an expanded role at GOSO, where he will continue his leadership of SAVE, GOSO’s Cure Violence program. Since joining GOSO in 2016, he has built a strong reputation in East Harlem, as well as throughout New York City, as a community leader, victims’ advocate, and public voice against gun violence. Under his leadership, SAVE has expanded its programing to Harlem Hospital and Horizons Detention Center and is regularly called upon to assist with mediation at area schools. He started out at SAVE as an Outreach Worker Supervisor and was also Program Manager before becoming Director. Omar earned a bachelor’s degree from the College of New Rochelle.

Adine Schuman (Chief Development Officer) – Adine has served GOSO in an interim role since July 2021 and is now transitioning to the full-time role leading all of the organization’s development, marketing, and communications functions. Her external relations experience with non-profits spans more than 25 years with international, national, and local organizations. Among the organizations with whom she has worked on staff and as a consultant are: United Way, NewYork Presbyterian Hospital, EngenderHealth, New York Stem Cell Foundation, International AIDS Vaccine Initiative, Storefront Academy Harlem, East Harlem Tutorial Program, Iris House, Central Park Conservancy/Institute for Urban Parks, and Green Leadership Trust. Adine graduated from Binghamton University and earned a Master of Public Administration degree from Baruch College.

Tula Daniel (Vice President Finance and Controller) – Tula has served as GOSO’s Controller since 2020 and will now provide oversight to the organizations’ financial functions. She came to GOSO with over 10 years’ experience auditing nonprofit organizations for two of the top 20 accounting firms in the country. She earned a bachelor’s degree in Accounting from Monroe College, where she and a group of her peers started the first National Association of Black Accountants Chapter in 2007.

Anali Pimentel (Chief People Officer) – Anali is assuming a new role at GOSO, where she will ensure the needs of the organization’s staff are met with the highest levels of efficiency and dignity. In her role overseeing human resource functions, she will also ensure that the needs of others supporting GOSO are met, including interns, volunteers, and consultants. Previously, Anali was GOSO’s Human Resources Manager since 2019. She holds a bachelor’s degree in Business Administration Management from Berkeley College.

About Getting Out and Staying Out (GOSO)
Founded 18 years ago, GOSO is a NYC-based nonprofit specializing in robust reentry programs for legal system, court-involved, and formerly incarcerated young men aged 16 to 24. Since the organization’s founding in 2004, GOSO has helped over 10,000 young men achieve their goals. Centrally located in Harlem, GOSO offers a variety of reentry programs, including supportive counseling, education pathways, job training, paid internships, and job placements. GOSO aims to ensure the success of its participants and the greater community by offering programs leading to self-sufficiency, educational progress, career stability, and mental and physical well-being. GOSO is a unique reentry and diversion program partnered with Stand Against East Harlem (SAVE), a unit of Cure Violence, the NYC program based on a national model that seeks to eradicate shootings and other forms of violence in underserved communities by leveraging the experience of community members who are credible messengers. SAVE is currently working in and around NYCHA Housing Developments in East Harlem and leverages the experiences of those directly impacted by gun violence to do anti-violence outreach. With a holistic program and a dedicated team of seasoned professionals and experienced social workers, GOSO has established itself as one of the most effective reentry programs in New York City with fewer than 15% of participants returning to jail, compared to the national average of 67%. For more information visit the GOSO website. 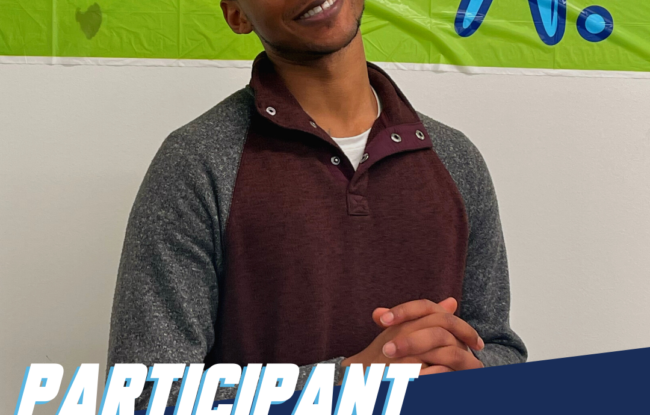 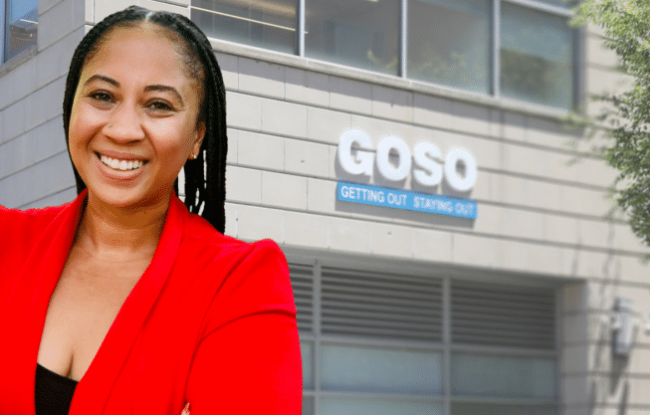