Opinion: Putting ‘Civilian’ Back in the Civilian Complaint Review Board 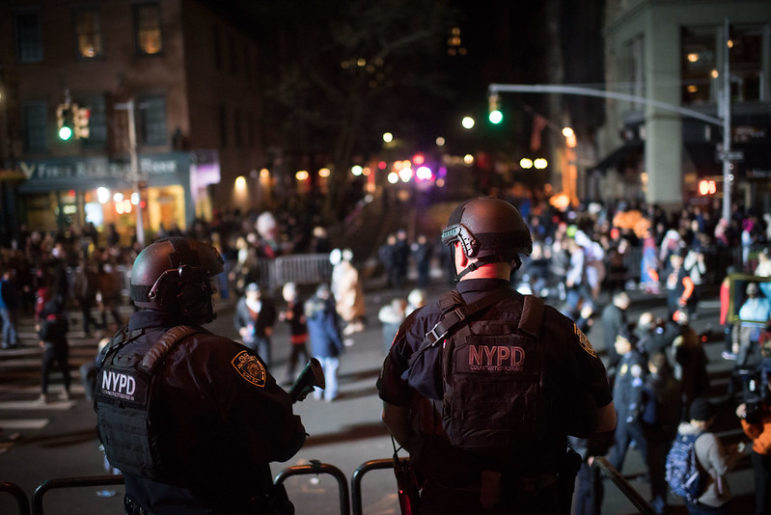 Michael Appleton/Mayoral Photography Office
Since at least 1950, New York City has been trying to figure out how to oversee its large police force.

‘No entity can police itself – least of all, the police. So if the CCRB is to live up to its mandate for independent oversight of police misconduct in New York City, it must make the final decision on discipline for officers found to have engaged in misconduct.’

For nearly 30 years, the New York City Civilian Complaint Review Board (CCRB) has overseen a thoughtful and thorough process to address police misconduct charges. The CCRB is the largest police oversight entity in the nation, and is empowered to investigate, mediate, prosecute, and recommend disciplinary action for the thousands of complaints it receives each year alleging misconduct by NYPD officers.

Unfortunately, since its inception there has been a fatal flaw in this oversight process, because the NYC Police Commissioner has unbridled authority to disregard the CCRB’s recommendations for disciplinary action against officers who engage in misconduct. Time and time again, Police Commissioners have chosen to weaken the Board’s disciplinary authority, instead of upholding it.

The numbers are stark: Over the past two decades, the NYPD has reduced or rejected the CCRB’s s recommendations for serious discipline in about 71 percent of 6,900 serious misconduct charges that have been brought against officers.

CityViews are readers’ opinions, not those of City Limits. Add your voice today!
In recent years, the New York City Council has taken steps to diversify the CCRB’s composition, and also enacted legislation requiring the Police Commissioner to give an explanation whenever he (and so far, it has always been a “he”) decides to deviate from the discipline recommended by the CCRB. But those deviations are not subject to review, and so the Police Commissioner still retains complete authority over officer discipline.

It is now long past time to establish true civilian control of the Civilian Complaint Review Board.

The REFORM NYPD NOW Coalition – which our organizations are part of, and is composed of 60 leading nonprofit social justice, social service and religious entities serving low-income communities of color– has called for the complete elimination of Police Commissioner review of CCRB decisions, which will finally fulfill the vision of true civilian control. Numerous elected officials (including New York State Attorney General Letitia James) also support this common-sense reform.

Other important changes to the CCRB’s powers are also needed. For example, currently the CCRB can only investigate misconduct if it receives a complaint. This means that even if evidence of misconduct becomes publically available – such as through televised footage of abusive police conduct during a peaceful demonstration, as occurred in the aftermath of the murder of George Floyd – the CCRB’s hands are tied, and it cannot launch a review unless it receives a formal complaint. Similarly, the CCRB can only investigate misconduct by uniformed members of the NYPD, and it has no power to address misconduct by non-uniformed members.

No entity can police itself – least of all, the police. So if the CCRB is to live up to its mandate for independent oversight of police misconduct in New York City, it must make the final decision on discipline for officers found to have engaged in misconduct. Now is the time for the New York City Council and New York State Legislature to grant that power, and allow the CCRB to finally fulfill its true mission.

Bishop Carlton Brown is the Senior Pastor of Bethel Gospel Assembly. Reverend Jacques DeGraff is the Chair of the Minority Business Leadership Council. David Nocenti is the Executive Director of Union Settlement. Jocelynne Rainey is the President and CEO of Getting Out and Staying Out.

Read the whole story at CityLimits.