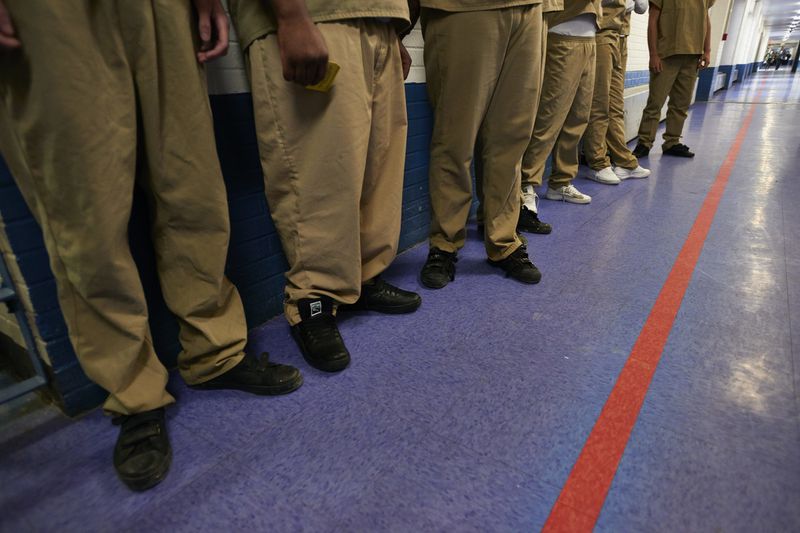 One by one to close Rikers. (James Keivom / New York Daily News)

If criminal justice reform is to succeed in New York, it’s going to require more people with the passionate commitment of Omar Jackson.

At first glance, criminal justice reform appears to be a winner. The jail population in the city has been declining steadily, from around 11,700 in 2013 to just under 7,200 as of September 2019.

Dismissing hundreds of thousands of old marijuana possession complaints, eliminating bail for non-violent arrests, releasing prisoners early, diverting juvenile offenders to supervision as an alternative to incarceration have paid dividends, and will continue to pay more, especially as the city moves to close Rikers Island and let more people accused of crime stay out of jail before trial.

But here’s the catch: When young men are sent to mandated programs instead of to detention centers, they remain in their communities, tempted to hang out with the same crews, subject to the same peer pressure to engage in criminal behavior.

Many have quit school early; too few have held a real job. Which is where Omar Jackson comes in.

Jackson, 45, is the program manager of Stand Against Violence East Harlem (SAVE), one of 22 “cure violence” programs around the city. In a given month, he and his staff of three are in touch with some 30 young people at risk of engaging in violence, primarily in Johnson and Jefferson Houses.

They talk to, share meals with and offer educational or job opportunities to these young men. At times the job requires dissuading someone from using a gun to retaliate for a supposed act of disrespect, and instead settling things with words, not bullets. We find a way “to quash the beef,” Jackson explains.

Jackson is uniquely qualified to do this persuading. He grew up in Johnson Houses, as a young teen got involved in robbing people and stealing cars, later headed a crew that sold crack cocaine —and served two jail sentences totaling nearly five years. Several years after his second release, he entered the Harlem division of College of New Rochelle, earning his bachelor’s. He joined SAVE in early 2016.

SAVE’s contract with the Mayor’s Office of Criminal Justice is through its parent organization, Getting Out and Staying Out (GOSO). GOSO was started by a retired businessman, Mark Goldsmith, after he served as Principal for a Day in Horizon Academy at Rikers in 2003.

Since 2005, GOSO has been helping young men released from Rikers with an intensive two-week job readiness program, paid internships and classes that prepare them for the high school equivalency exam. With a staff of eight career managers and Goldsmith’s ability to connect with these young men, GOSO has created a sense of community and caring that is palpable to visitors to its offices on E. 116th St. and Madison Ave.

Nearby on Third Ave., Exodus Transitional Community does similar work. Begun by Julio Medina, who earned a bachelor’s degree from SUNY-Albany during his 12 years in prison, Exodus deals with an even more challenging population, men (and some women) who have typically served much longer prison sentences than those released from Rikers.

The same sense of community, of clients feeling at home and cared for, pervades its offices. Ninety percent of Exodus staff have themselves been “justice-involved” and they know the first questions to ask a newcomer: “Where did you sleep last night? Have you eaten today?”

Both GOSO and Exodus have annual budgets approaching $5 million, half from government contracts, half from foundations and private donations.

Criminal justice reform? By all means, let’s find more Omar Jacksons, expand the Cure Violence program and fund GOSO and Exodus to help many more ex-offenders to stay out.

Sigel, a writer, lives in Manhattan.