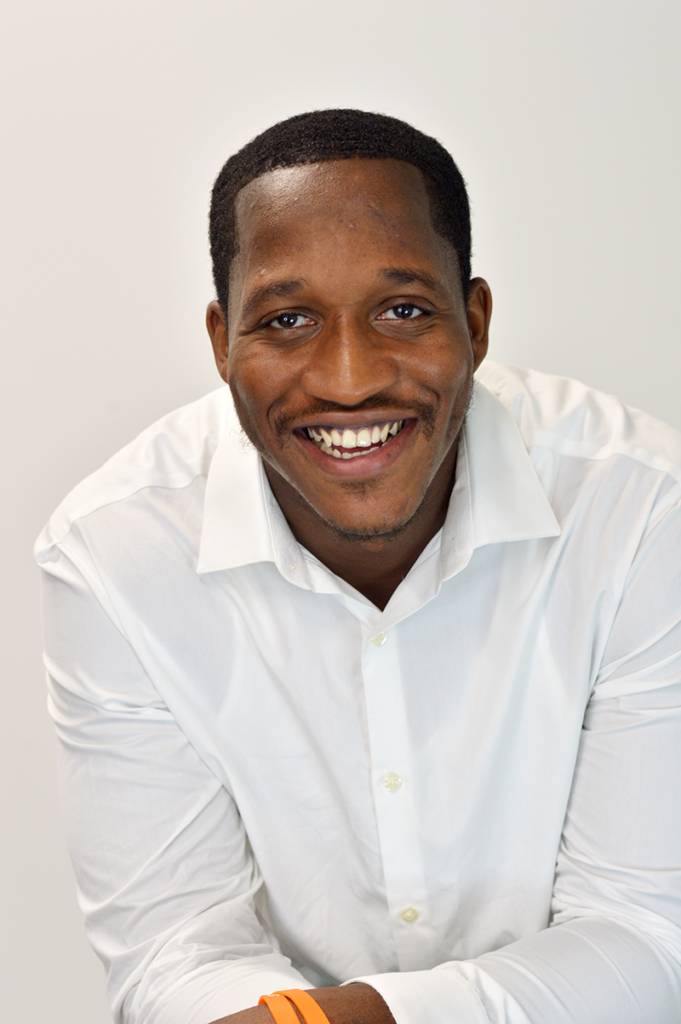 Jonathan C. has always known he was destined for a career in the limelight. He even remembers the moment he had this realization: “I was at home watching comedian Kevin Hart, one of his stand-up specials. I remember noticing the audience reactions, and how he brought so much laughter to the room. I thought, ‘I can do that!'”

Just a few weeks ago, Jonathan appeared in his first-ever theater performance as a part of Stargate Theatre‘s (a branch of Manhattan Theatre Club) summer ensemble. The production, “Five Hoods,” focused on the different “hoods” of one’s life: “Baby”hood, Childhood, Teenhood, Adulthood, and “Old”hood. The young men involved in the play both acted and participated in all stages of the production process. They contributed largely to concept creation, script development, staging, lighting and more. The ensemble met every day for a seven-week period  to prepare for their performances, and GOSO staff had the chance to attend the play in support of Jonathan’s debut!

During his time with Stargate and the rest of the ensemble over the summer, Jonathan was able to hone the skills he has learned from our arts program, GOSOArts. He has performed in our annual GOSOArts Showcase for the past two years and has played an integral role in supporting the growth of other GOSO Guys in this field. So it wasn’t a surprise to us that he was excited to be around other people this summer with a similar interest in and passion for acting. Here’s what he had to say about his experience: 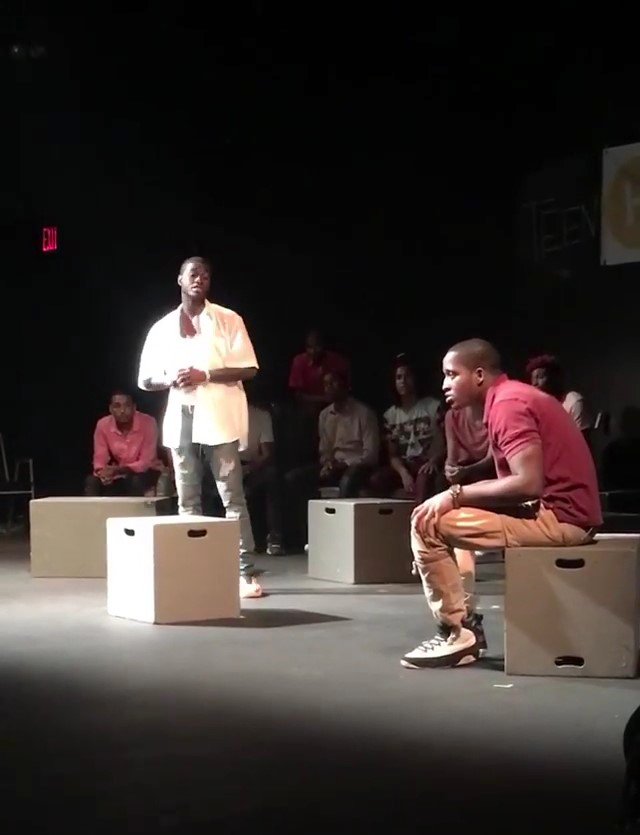 What was your favorite part about being in “Five Hoods?”
JC: Being able to actually act out a scene in front of a big crowd and rehearsing and performing in a real theater space. I loved hearing the applause from the crowd!

What did you learn from this experience?
JC: I learned that I’m not actually as loud as I thought I was [laughs]! In rehearsals, they would keep saying “Louder!!” and it helped me to realize when I needed to speak up more.

Also, I learned that having the rest of the ensemble’s back is super important. We all pay attention to each other and what we’re saying, that way if one of us messes up, we can help each other through it! There were 17 of us total, so it’s cool to feel like we all support each other.

In the short-term, where do you see yourself?
JC: I want to hurry up and get working on things like my portfolio so I can start getting other casting opportunities. Just want to start auditioning for roles!

Long-term goals?
JC: I want to be a stand-up comedian ultimately; I want to be in movies; and of course, I want to win an Oscar one day! I don’t doubt myself, I have to believe in what I’m doing. I look up to actors like Mike Epps, Chris Tucker, Will Smith, Denzel Washington, and Bernie Mac. They inspire me to continue on this path.

How do you think GOSO has supported you and your goals?
JC: GOSOArts really changed a lot of things for me. That program helped me develop the skills and confidence I need. It’s great to be able to perform and get feedback from GOSO staff and my friends here. All of the different opportunities GOSOArts has offered, and the guest speakers/teachers who come have given me exposure to new things. Also, my Career Manager, Geoff, really makes me feel like I can pursue my dream of being an actor.

I never feel like I’m wasting my time with acting or performing, because I’m doing something I love!