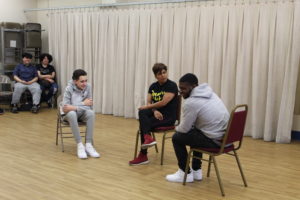 GOSO’s office is constantly abuzz with participants sharing their music with each other, writing short stories, performing poetry and spoken word, comedy routines — you name it! Our community is a creative one and it’s a privilege to witness the talent and passion of our participants unfurl over the course of their time with us. Last week’s 2nd Annual Opening Act Showcase was a chance for them to take that creativity and workshop it in a more formal setting. And wow did it go well!

Opening Act is a non-profit that works with GOSO P2G (Pathways 2 Graduation) students and other high schoolers across New York City. The students they work with often don’t have access to theater or performing arts programs, and Opening Act shows up to spread the joy of improv and theater to each participant. In the process they provide an outlet for creative expression, foster opportunities for developing leadership skills, build community in the group and strengthen students’ commitment to artistic practice.

Each Monday, Opening Act’s teaching artists come to GOSO’s Education Center to work with the students enrolled in our TASC (formerly  known as the GED) program. Various improv and acting exercises help to develop participants’ performance skills and concludes — after several months of preparation and work-shopping — with them writing their own original pieces to perform on stage at the final showcase.

And last week, Opening Act’s teaching artists, staff and supporters came together for the aforementioned showcase to celebrate our guys and others who came to the program from our New York City Department of Education district, District 79. Other groups that were there included: Harlem Renaissance, City College, Hampshire School, Lincoln Square, and Covenant House! 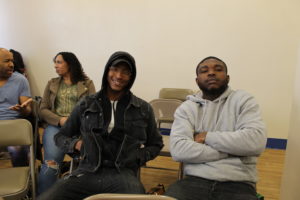 The showcase was stunning! Our student Bobby performed a hilarious scene with two of Opening Act’s teaching artists and two others, Keyon and Nazareth, brought the house down with an improv exercise called “Translator.” Keybo then brought the audience to its feet with an emotional and complex spoken word piece about some very personal experiences in his life.

Nerves are normal in performance situations and, though a few guys had them going in, they came out the other end with the pride and excitement that comes from the support and approbation from a satisfied and entertained audience. Taking on these challenges and feeling the satisfaction of successful execution is a powerful exercise for our guys, and we can’t help but share in the pride of their accomplishments this year.

Many thanks to them for giving that to us, and a hearty thank you to Opening Act for being a consistently positive force in our communities.

See our highlights below: 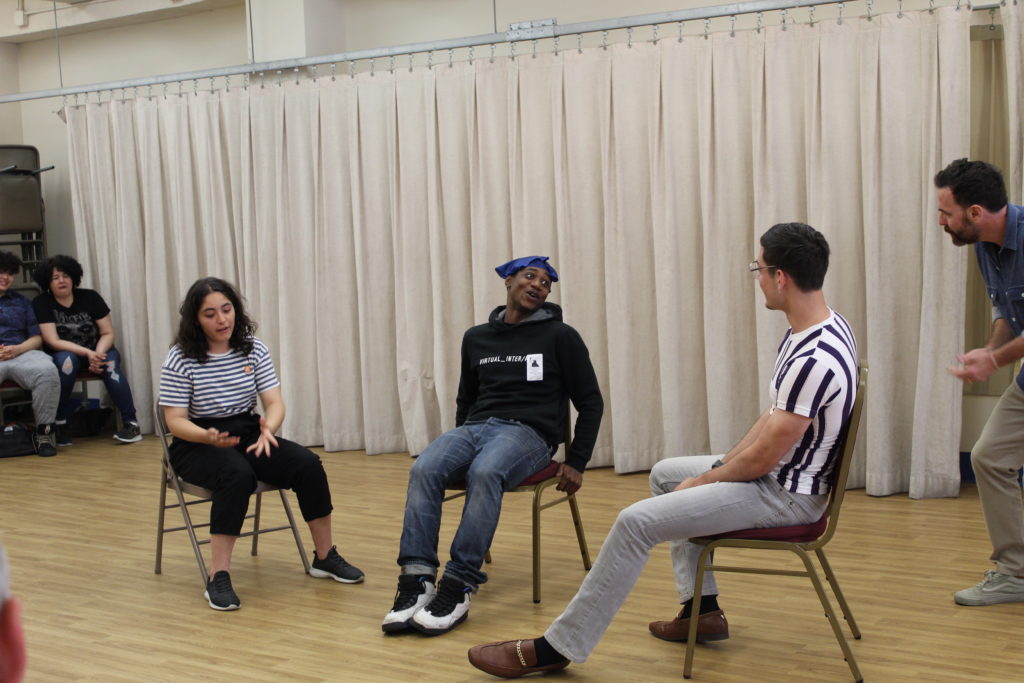 Participant, Nazareth (center), plays the role of the “translator” in his improv exercise. 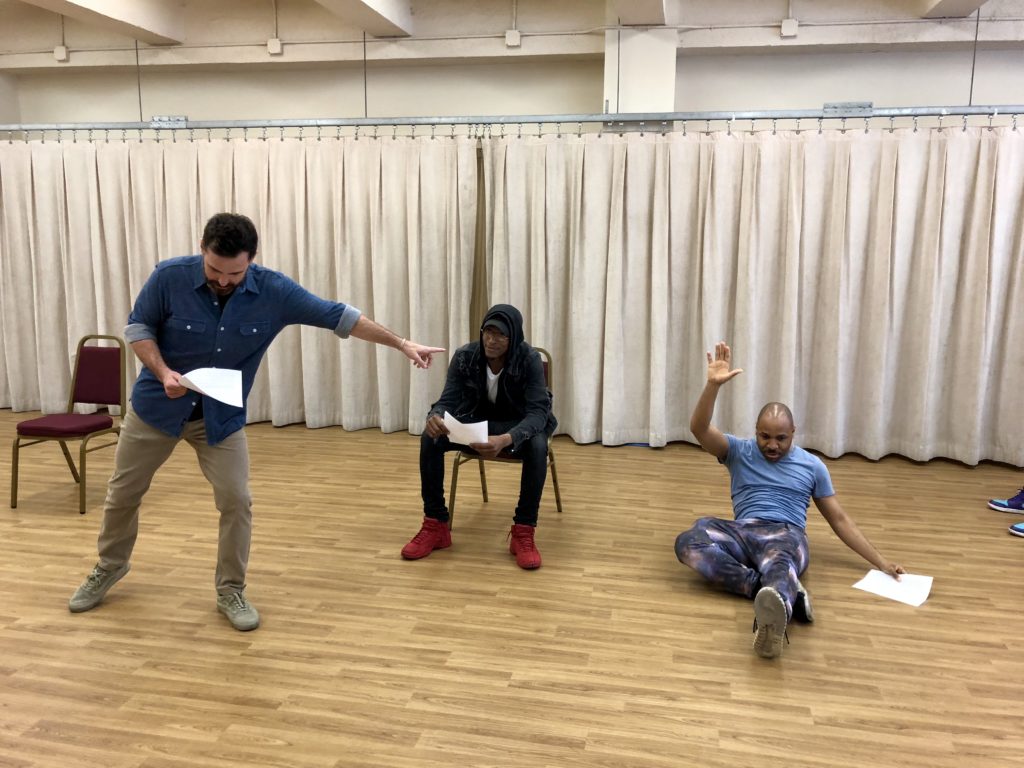 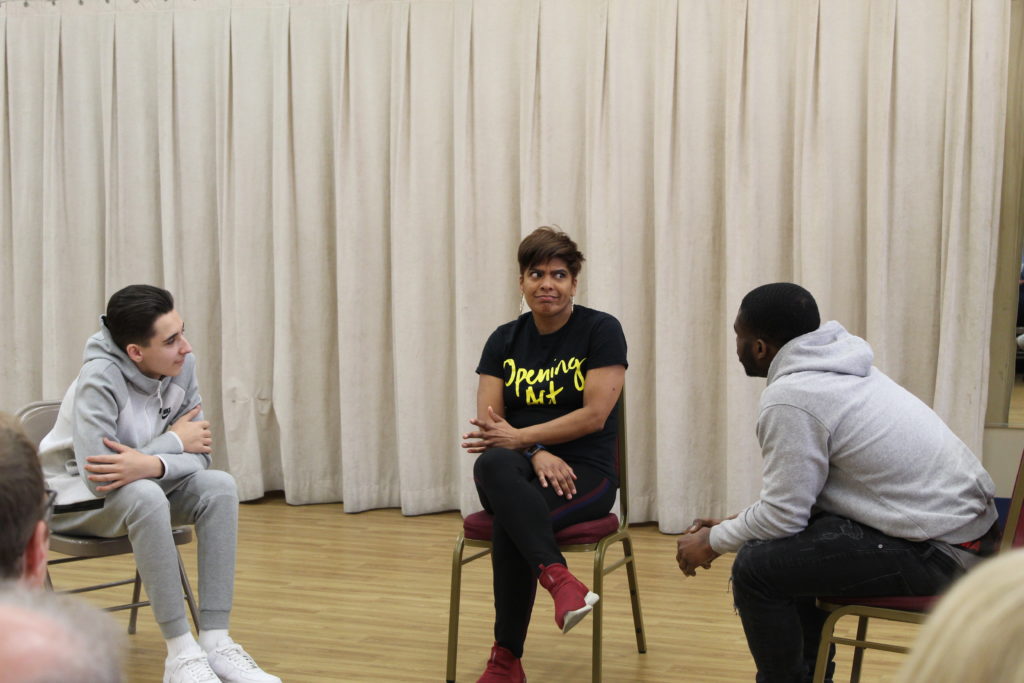 “Translator” is an improv exercise where one person speaks gibberish, and a translator must determine what that person is saying and “translate” it to the other person in conversation. 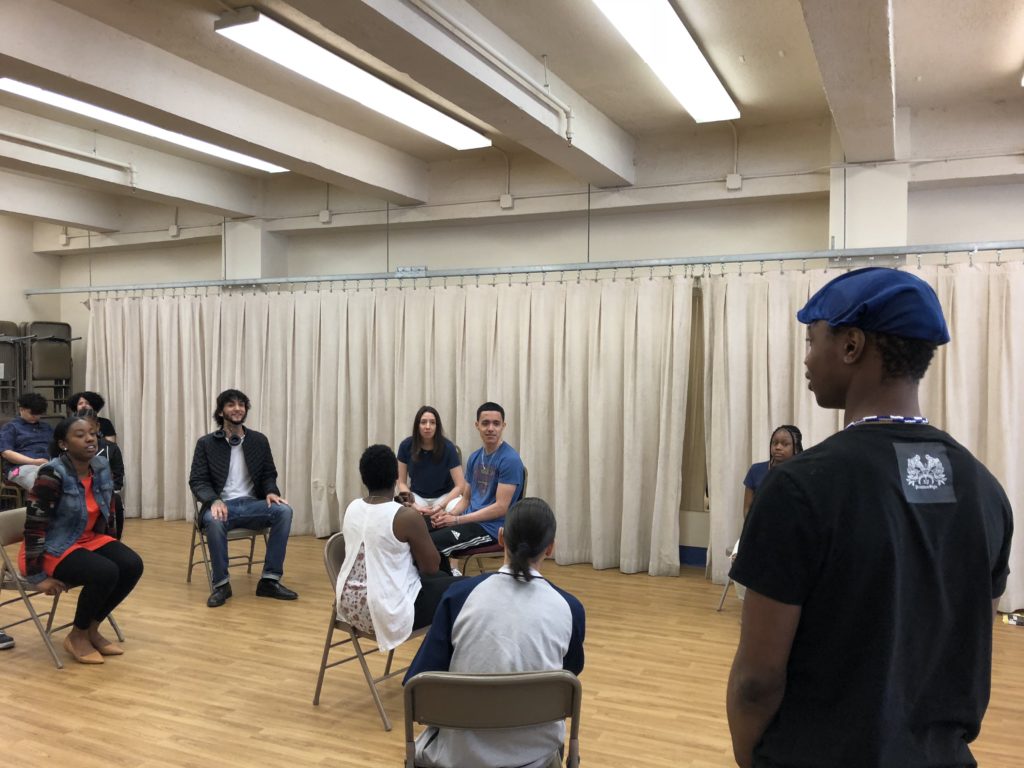 Nazareth (right) leads a lively game a “Space Invaders,” which is another fun improv activity that gets actors moving and comfortable with one another. 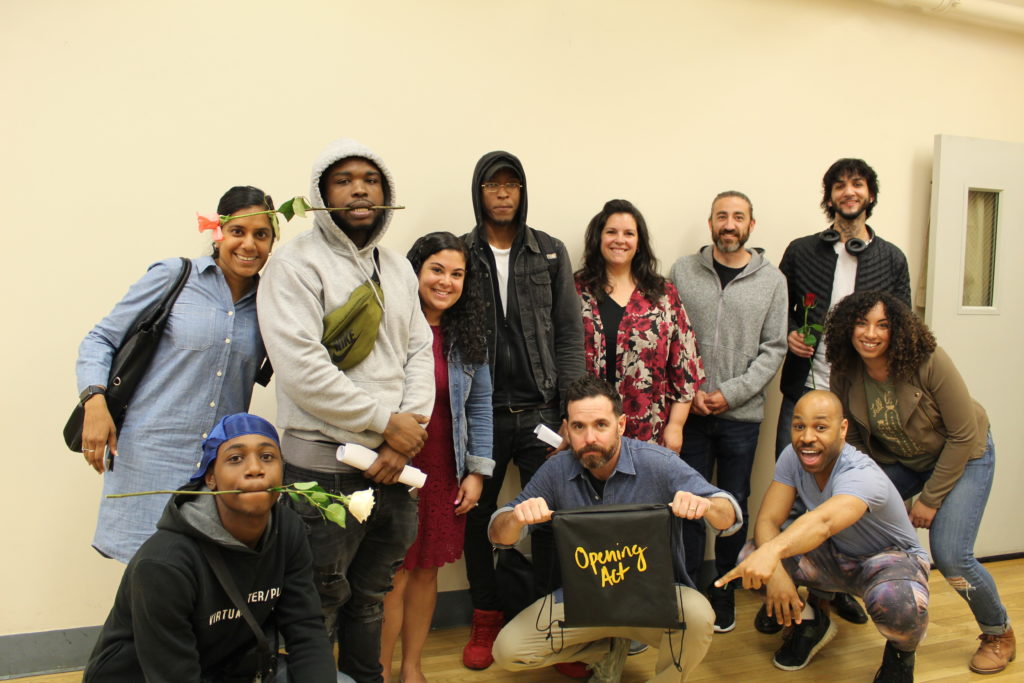