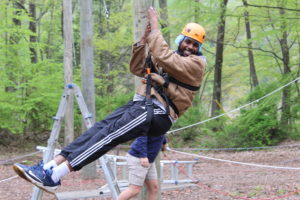 LIT Ambassador, Richard M., getting out of his comfort zone!

GOSO participants are learning to lead.

Through our new Leaders-In-Training (LIT) Program, our participants are developing critical capacities for community-building, conflict resolution, mentorship and other skills which will position them as leaders in the GOSO community, and their communities at large.

Our first cohort includes nine young men, all of them eager to expand on their natural abilities of compassion and mentorship: Kalib J., Michael C., Richard M., Marvin B., Louis G., Isaiah S., Antawn G., Jonathan C., and Dashawn A.

“Everybody in this program has the characteristics needed to get to the next level. You will bring the skills you learn to every aspect of your personal and professional lives,” Shaquala Santiago, GOSO’s Senior Director of Client Programs and organizer of GOSO’s participation in the LIT Program, said to the nine participants, or Ambassadors as they’re called. Shaquala believes that community goes full circle, and once you learn something you should share that knowledge and experience with others.

Along with GOSO staff, our LIT Program participants recently embarked on a retreat, at Club Gateway in rural Connecticut, to kick-off their six month-long LIT experience. Over the course of a weekend, the guys tackled physical activities to test their problem solving and resiliency, and workshops oriented around health and wellness. Activities included rock climbing, archery, zip-lining, kayaking, hiking, and more. Each challenged the group to grow together as a team, confront their fears, learn the importance of focus, and to get them to step outside of their comfort zone. 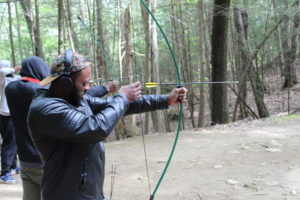 Dashawn A., lines up his arrow during archery practice!

Isaiah, a college student pursuing his Bachelor’s in Early Childhood Education, joined LIT with aspirations to become a better mentor and group facilitator.

Michael expressed his desire to help his fellow GOSO participants “understand that they’re doing the right thing, and try to inspire them to become better than where they are now.”

Richard cited his personal experiences as the source of his ability to influence others in a positive way: “Because of what I’ve been through, where I’ve been at—when I talk, people listen. People respect what I have to say.” At GOSO, we call this being a “credible messenger,” and its an invaluable capacity to effectively communicate with one’s peers. Richard plans to become a counselor and hopes to build his résumé through the LIT Program as he pursues higher education.

Antawn and others hope to form a gang intervention group to show other GOSO participants the alternatives available to them, from education to skilled jobs to formal careers.

The LIT retreat was just the beginning — now, the work begins! LIT Ambassadors will join GOSO social workers at least 10 hours a week in running support and skills groups, engaging their peers, and recruiting GOSO participants for events, such as health insurance enrollment dates and voter registration drives. As peer mentors, LIT Ambassadors can speak from experience. Dashawn put it this way: “You can’t be better than you’re doing now unless you do better than you’re doing. What you put in is what you get out.”

To see all of the photos from our weekend at Club Getaway, visit the photo album on Facebook. 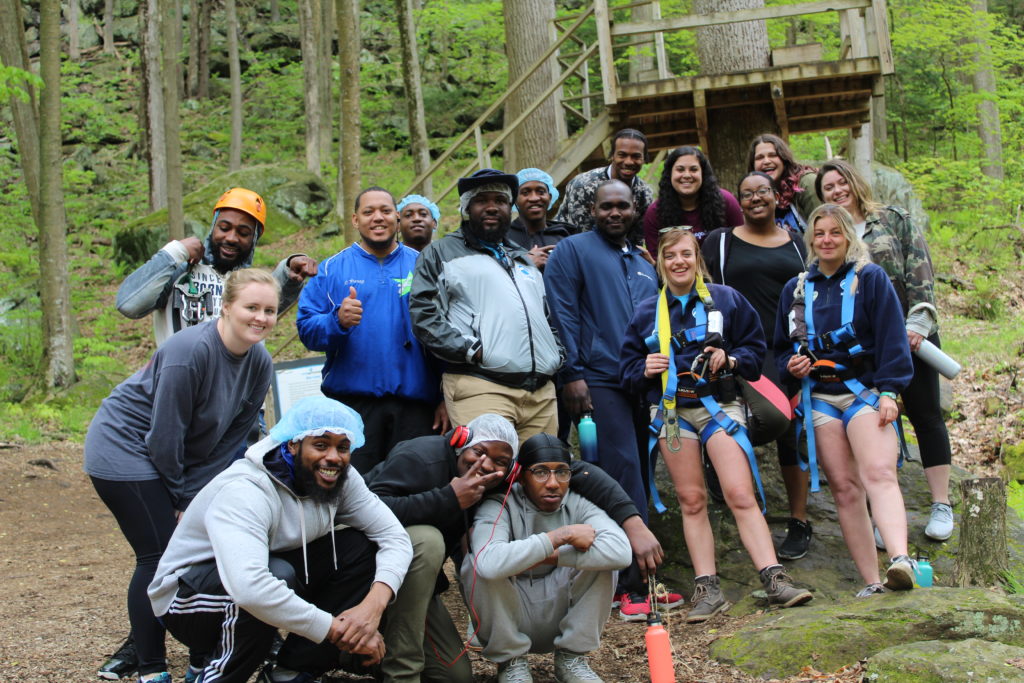